Scientists from New Mexico have recently made up a new prototype of glass constructions, which uses different layers of quantum dots, specialized in absorption of certain solar spectrum zones.

The technology is applied to the double-pane windows on quantum dots with built-in solar panels. These constructions produce electrical current and provide more efficient shadowing and thermal isolation.

Former technique of solar array installation inside windows is improved by adding efficient solar collectors. Thus, built in the form of windows, these panels are a way to reduce the cost of energy derived from sunlight. A new kind of quantum dots is not only efficient, but additionally reduces the cost of produced electricity because of the low cost of quantum dots.

Sunlight spectrum is split for processing high and low energy photons separately. Manganese ions added to the dot layer of the front windowpane, work as highly emissive dopants. They are activated by sunlight and re-emit the captured rays at a different length of wave, below the quantum dots absorption threshold. Because of this, the dots are almost free from reabsorption.

Los Alamos scientists' study was issued in the "Nature Photonics" journal. The described window design shows a high level of optical quantum efficiency for sunlight (6.4 %) and highly effective conversion of light energy into electrical energy (3.4 %). The larger is the luminescent solar concentrator, the higher is the benefit of a two-level structure compared to the one-level design. This advantage can be over as much as 100 % in configurations consisting of more than 2500 square centimeters. 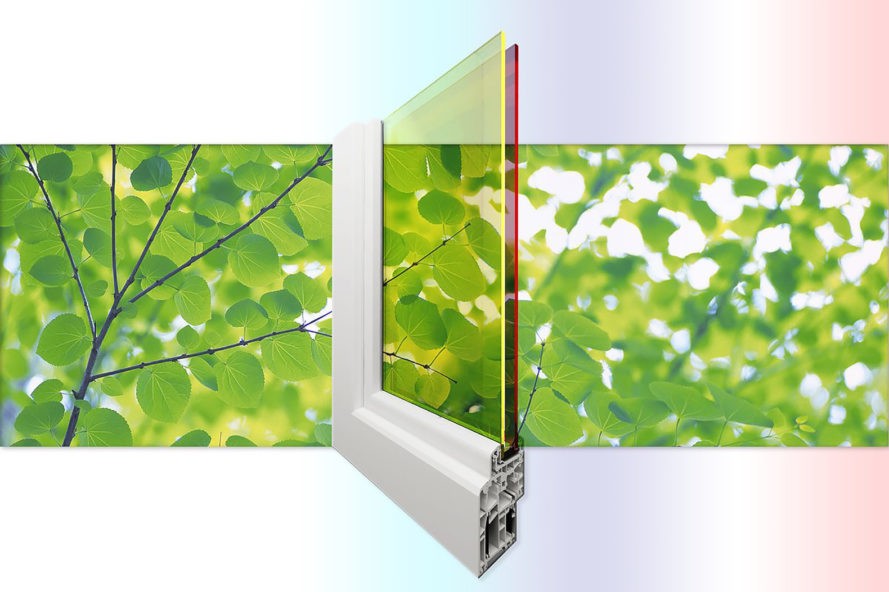