Although this is a website dedicated mostly to uPVC windows and doors, we feel that uPVC conservatories are very tightly connected with them and deserve a special mention.

A conservatory can simply be described as a room with a glass roof and walls, attached to a house and used as a sun lounge or a greenhouse. At least this is how the Oxford dictionary describes it. Conservatories have first been introduced back in the 17th century and have played an important role in the outlook of British houses ever since. The reason they became so popular in the United Kingdom is the climate as they give you the option to have the benefit of the outdoors from the comfort of indoors. Conservatories were initially used as a place to nurture plants that would not be able to survive in the UK climate. Nowadays, they are used for a variety of purposes.

Edwardian conservatories are mainly square or rectangular and feature the strong, clean lines of the Edwardian era.

The Victorian style is denoted by orderliness and ornamentation, with graceful curves and arches throughout. uPVC Victorian conservatories capture this appearance and combine it with contemporary materials for a conservatory that’s warm, quiet, strong and secure.

Mediterranean or lean-to conservatories are the very best choice where there are height restrictions such as in a bungalow. Mediterranean conservatories often have floor to ceiling windows providing the utmost view of the outside. They also have a shallow slanted roof.

Custom-built conservatories are designed for each buyer making each one only one of its kind. Because they can be designed to perfectly fit in the space available they are becoming more and more popular.

The best thing about contemporary uPVC conservatories is not only do they come in a wide range of styles but they can also be matched up to uPVC windows and doors. By matching up a conservatory with uPVC windows and uPVC doors it can tie the whole house together and make it more aesthetically enjoyable. 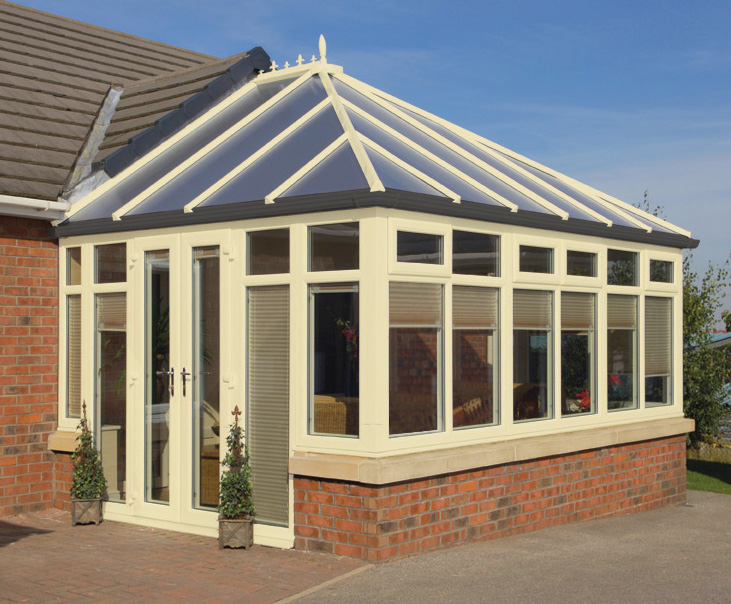